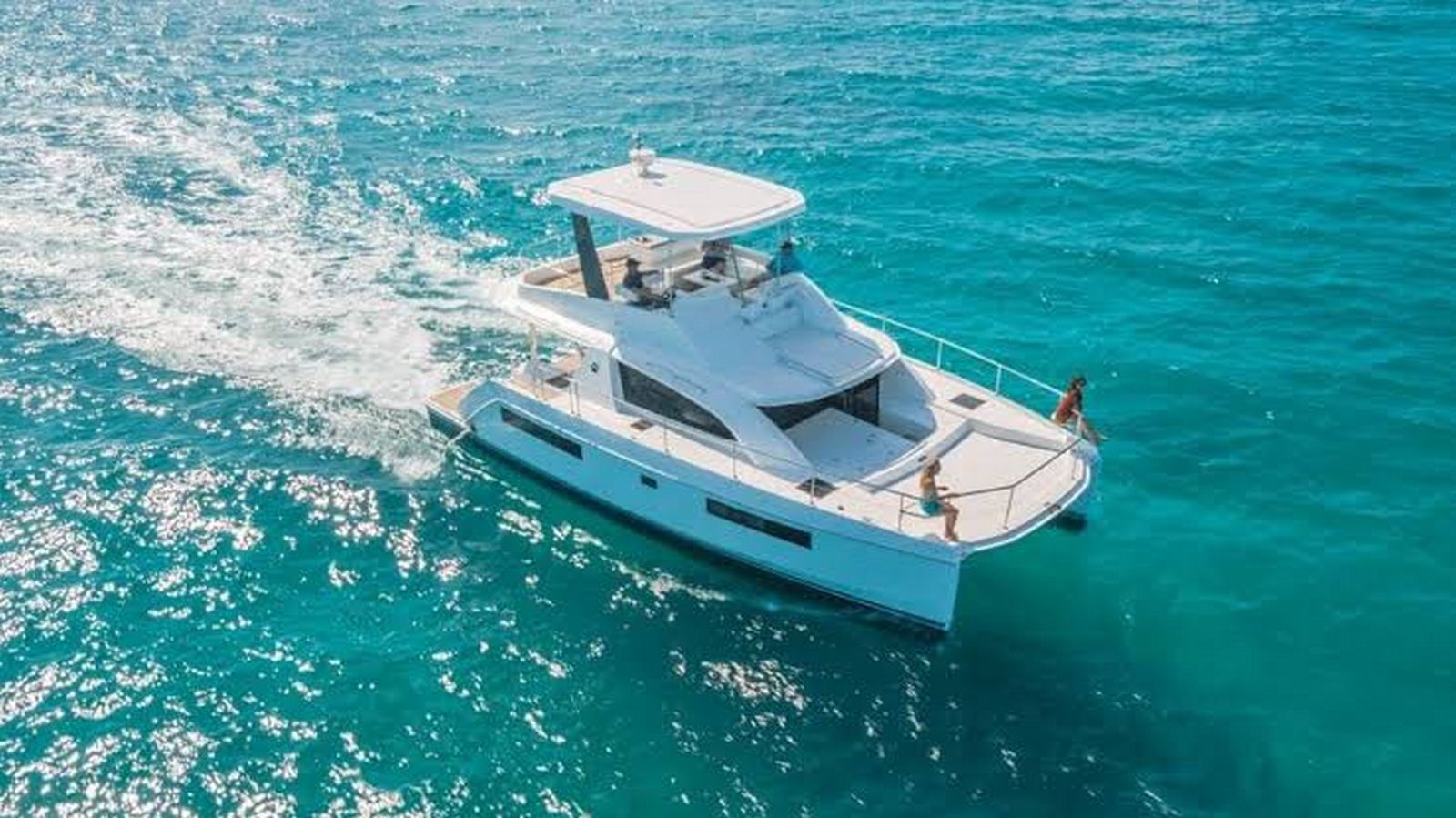 Phang Nga Bay day trip from Phuket Thailand by Private boat or yacht. Phang Nga Bay lies between southern Thailand’s mainland and Phuket Island. Also known as Ao Phang Nga National Park, it’s characterized by limestone cliffs and rock formations, as well as mangrove forests and small islands. Among the islands are Koh Tapu, known as James Bond Island for its appearance in a Bond film. Koh Phanak Island is known for its caves and lagoons.

Phang Nga is a once in a lifetime destination. Nestled between the Andaman Sea and Phang Nga Bay in southern Thailand, a trip to Phang Nga offers impressive views, exciting outings, and amazing traditions.

Phang Nga is a masterpiece of nature – an intoxicating mix of vibrant colours and spectacular sights that, once tasted, linger long. From a lush landscape to the azure waters of bays and the sheer, resonating beauty of islands, this southern destination’s embrace is warm indeed.

The province is located on the Andaman Sea just north of Phuket. Travellers are greeted by the white sand of long stretches of glorious beaches – no finer than Natai Beach – that shimmer under a tropical sun and a culture rooted in friendliness and hospitality. The province’s main tourist area is Khao Lak, where the surrounds are augmented by numerous hotels and an array of bars, shops and restaurants. The area omits a chilled-out buzz that hums in the ears of travellers and creates a mellow cadence to their adventures.

It is through the palate that Thailand and Phang Nga’s impact is, for many people, its most profound. The ambience of fun that permeates throughout Thai culture has nurtured a love of cooking and led to the creation of some of the best dishes in the world. Southern Thai cuisine is heavily influenced by Malay, Indonesian and Indian spices. It enlivens taste buds and enslaves minds. There are also excellent international food options.

No trip to Phang Nga is complete without getting close up and personal with the destination’s outdoor experiences, whether that be trekking, canoeing or fishing. There’s also island snorkelling and diving at the world-renowned Similan Islands, a refulgent reef structure that proves the area is just as enthralling on the water as it is on land.

Phang Nga National Park was established in the early 1980’s to preserve the bay and its islands. The National Park houses impressive limestone karsts as well as lagoons, caves, and mangrove rivers. What Phang Nga National Park provides is truly an oasis for the traveller looking to be immersed in Thai history. Nearby Panyi Village offers travellers an authentic look at local culture, and the beauty of Phang Nga—sandwiched between the Andaman Sea and Phang Nga Bay—provides scenic luxury.

THE AREA OF PHANG NGA

Use the first day in Phang Nga to become familiar with the surroundings. Phang Nga Bay and Phang Nga National Park offer many destinations and activities worth pursuing. Speedboats and longboats are great ways to navigate Phang Nga, so lining up reservations for trips around the bay may be helpful. Boats can be hired at reasonable prices. Adventurous types may prefer to secure private vessels.

Phang Nga Bay held a claim to fame long before movies showcased this unique area. James Bond Island is named after the lead character in the movie it was featured in. This limestone, needle shaped rock jutting out of the water appeared in the feature film The Man with the Golden Gun. The bay also appeared in Star Wars: Episode lll – Revenge of the Sith. Its distinctive look was used as the backdrop for planet Kashyyyk.

Ten thousand years ago the sea levels were so low that one could actually walk from Phuket to Kabi. Today the area is a spectacular bay that offers visitors a multitude of natural wonders to explore, beaches to relax on, and several activities to fulfill one’s adventurous side.

In addition to Hollywood’s touch and the natural beauty found in Phang Nga Bay, the area is well-known for numerous diverse cultures that co-exist in the local communities. These people harvest Nypa palm fronds to use in thatching, practice fishing, and play host to the many international tourists who are drawn to the bay each year.

An early departure from Phuket will allow you to enjoy the peaceful marine surroundings of your Phang Nga Bay Tour and take photos before other visitors arrive.

After enjoying the island sights, you are whisked away to Hong Island where you can kayak on a stunning emerald green lagoon at your leisure. As you gently paddle around, you’ll witness beautiful birds and sleek, silver fish in their natural habitat. The Phang Nga Bay tour then continues with a visit to spectacular Lagoon Cave and Diamond Cave on Panak Island before returning you to the resort to enjoy the rest of your day and evening.

NOT TO BE MISSED – James Bond Island

For film buffs, Khao Tapu is a must-see destination. Referred to as James Bond Island, 007 fans will recognised Khao Tapu from The Man with the Golden Gun.

Boat tours are a great way to experience Khao Tapu, but the area is heavily visited. Travellers preferring to avoid large crowds and vendors may prefer to hire a longboat after normal hours and tour the island when the crowds dissipate. If money is no object, hiring a private boat is the way to go. Floating around Khao Tapu in the dwindling sunlight, as dusk approaches Phang Nga, is an experience like no other.

THE UNUSUAL SIGHTS AROUND PHANG NGA

Visit Wat Suwan Kuha Temple to see the impressive, golden statue of Buddha. Immediately, travellers will understand why this destination is known as “reclining Buddha temple.” Situated in a cave, the horizontal Buddha statue greets visitors with the beneficent visage one associates with statutes of Buddha.

Wat Suwan Kuha Temple also cools and entertains visitors. Fresh water drips from the cave’s ceiling. The water is collected and held in a concrete vessel. This water offers cool relief from tropical weather. Around the temple, monkeys frolic. Visitors can look forward to being greeting by the friendly primates who are inclined to cavort around the temple grounds. Monkeys climb on visitors in a good-natured way, and the monkeys enjoy being fed by hand.

Speedboats and longboats are the best way to navigate Phang Nga and its surroundings. To experience authentic village life, take a day trip to Panyi Village. A short trip from Phang Nga, Panyi is a moderate-sized village built on wooden stilts. Panyi offers a great way to be immersed in Thai life. A fishing village, visitors will find that trade on full display. The sights, sounds, and smells on Panyi are typical of Thai villages, and visitors will enjoy navigating labyrinthine alleys and tasting local fare.

The mosque on Panyi is the only structure built on solid ground. Recently remodeled, the mosque’s golden domes are bright reminders of the impact of Muslim culture in the area. In direct contrast to the mosque’s firm location, Panyi has a floating football (soccer) pitch. The pitch is situated entirely in the water, making idea of keeping the ball in bounds more a matter of moisture than possession. Players will get wet, as they are forced to dive into the water to retrieve errant balls.

Phang Nga offers a little bit of everything for travellers looking to combine luxury and scenic trips. Private bungalows and luxurious spas are available to pamper and indulge weary travelers. Boating, snorkelling, and sea kayaking await in Phang Nga Bay. Wildlife—from the marine life seen snorkelling to monkeys frolicking at Wat Suwan Kuha Temple—abounds and entertains. Panyi Village takes travellers away from spa luxury and nature experiences to immerse them in Thai village life. Panyi is authentic and engaging.

Natai beach lies along the shore of Andaman Sea on the west coast of Thailand. Its coral reefs are considered some of the best preserved in the world. Just ten minutes north of Phuket, Natai is more than quiet and peaceful, you can literally walks for hours without seeing anyone. It is a ten kilometer strip of pristine beach, whose government protection ensures that it will retain its isolation from the hustle and bustle of Phuket’s beaches.

This Phang Nga Resort is located on a private, flawless beach splayed out before the wonder of the Andaman Sea. Privacy amidst the throng is a rare pleasure. A rare pleasure indeed. It’s the best decision to turn left instead of right (out of Phuket International Airport) you’ll ever make.