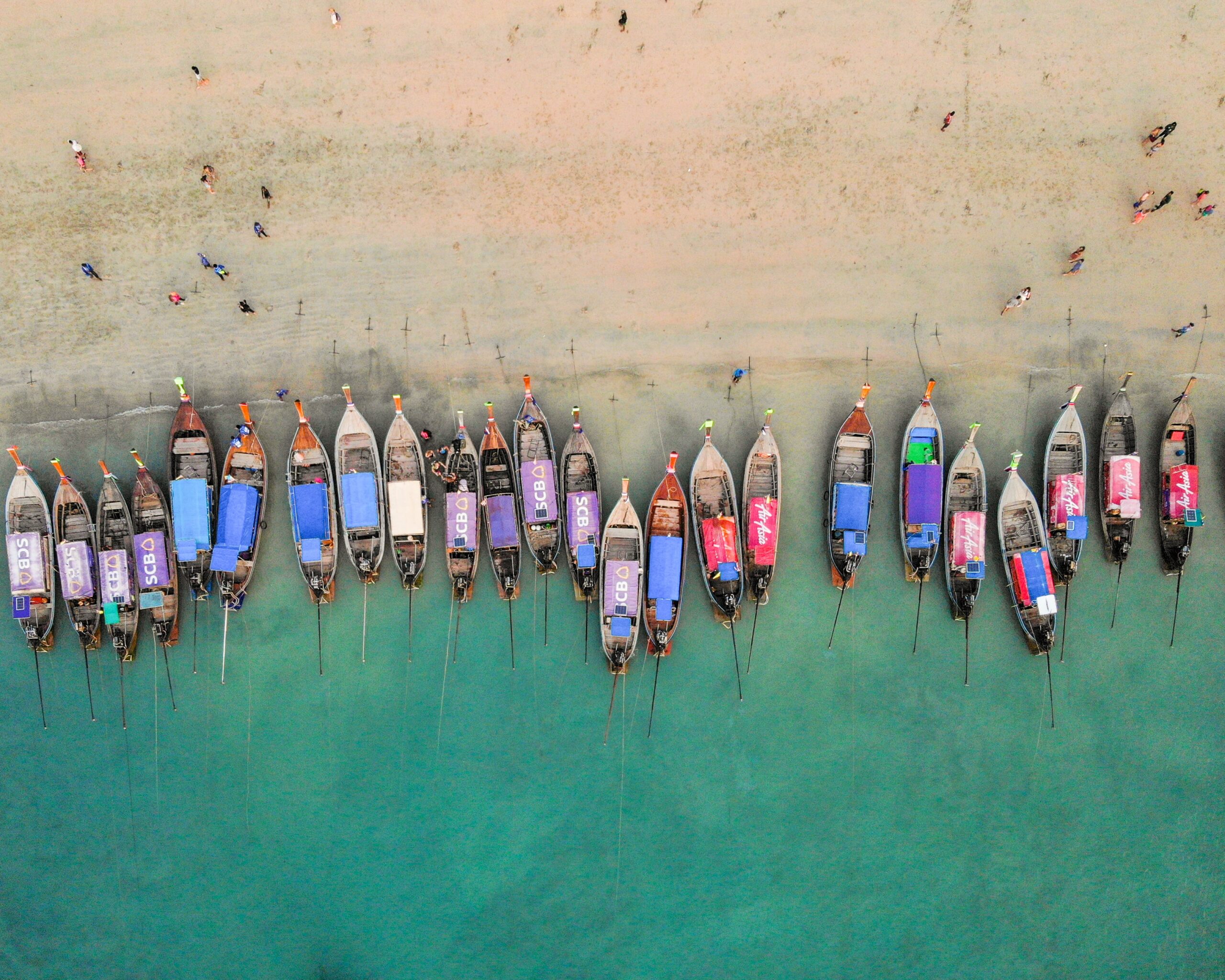 Krabi attractions including hot springs, a wildlife sanctuary, sea caves, flourishing coral reefs and exotic marine life, limestone cliffs that draw rock climbing enthusiasts from around the world, and national parks that include the island paradises of Koh Phi Phi and Koh Lanta, one could easily spend weeks in Krabi and leave yearning for more.

If that wasn’t enough, Krabi features some of the most photogenic sunsets in Thailand, often accompanied by spectacular displays of cloud to cloud lightning, that are best enjoyed from a beachside bar or restaurant.

Meanwhile, with all the tourists spread out among various beaches and islands, life goes on in Krabi Town, the somewhat sleepy provincial capital. Surprisingly few tourists spend time in the charming riverside town, whose hilly streets feature a number of cozy cafes and inexpensive and authentic Thai cuisine is served at an outdoor, riverside evening market.

“Town” to most visitors is Ao Nang, a seaside strip of guesthouses, hotels, bars, restaurants, and souvenir shops that continues to grow as tourist arrivals increase, now spreading north into Noppharat Thara, whose quiet, shady beach is part of the national park that includes the Phi Phi Islands.

Ao Nang is the major launching point for boat trips to nearby islands and the isolated beaches of Phra Nang Cape, where the famous former hippie enclave of Railey Beach is located.

While not the top destination in and of itself, Krabi Town is a charming provincial capital located along the banks of a river that leads to the nearby Andaman Sea. Consequently, Krabi is an important port city for both local fisherman as well as boats ferrying visitors to the nearby attractions, including Koh Phi Phi, Koh Lanta, and Railey Beach, one of the premier rock climbing destinations in the world.

“Koh Tub (Tub Island) and Koh Mor (Mor Island)”, these two islands are small and connected to each other, during the low tide of seawater, it makes us see white fine sandbank (or sandbar) clearly and when it drops to the lowest level we will see Talay Waek (Separated Sea) caused by the connection among three islands namely Koh Kai (Chicken Island), Koh Tub (Tub Island) and Koh Mor(Mor Island). In general, the area of Koh Tub (Tub Island) and Koh Mor (Mor Island) will be a marina of longtail boats and speedboats that take the tourists to Talay Waek (Separated Sea) Krabi. “ Pranang Cave ” which is located on Railay peninsula ,a very shallow and small cave situated on the seacoast at the end of the beach in the south of “Pranang Cave Bay”, inside the cave is the location of Pranang Shrine which the local people love to take Si Va Lueng (Shiva lingam) to worship, there are some stalagmites and stalactites to be seen in the hall of the cave.