Bjorn Courage named as the association’s President and Sumi Soorian promoted to the role of Executive
Director, while long-term leader Anthony Lark will continue to serve as a Senior Advisor

PHUKET, THAILAND: The Phuket Hotels Association, a non-profit organisation with 72 member
properties, has embarked on an exciting new era with the appointment of a new senior leadership
team.

Bjorn Courage, General Manager of the InterContinental Phuket Resort, who has more than 25 years
of experience in the hospitality industry, has been named as the Association’s new President of the
Phuket Hotels Association, succeeding founding President, Anthony Lark, ex General Manager of
Amanpuri, Trisara, and now Executive Director at HMD, Shinta Mani and Bensley Collection hotels.

Sumi Soorian, who has been with the Phuket Hotels Association since its foundation in 2016 and most
recently served as Development Director, has also been promoted to Executive Director. A marketing
and communications professional who specialises in project management and business development,
Sumi graduated in the USA and has worked in multiple countries, including Australia, China and
Thailand.

Bjorn moves into the role of President at a time of optimism for Phuket’s tourism and hospitality
industry. The island was one of the first Southeast Asian destinations to safely reopen to international
visitors when it launched the innovative “Phuket Sandbox” programme in July 2021, and its hotels and
resorts are now gearing up for a strong recovery in the winter high season and beyond.

There can be few more qualified people to lead this proactive organisation than Bjorn. During the
course of a 25-year career, he has worked with many of the industry’s most iconic brands, including
IHG, Hilton, Waldorf Astoria, Six Senses, and Mandarin Oriental. He also successfully completed
Cornell University’s Executive Leadership programme.

“During these initial times of recovery from the Covid pandemic, I am proud to serve our member
hotels, communities and destination to the best of my ability. I will strive to continue and further
evolve the important work done by the association, working groups and member hotels to-date,
especially in regard to our association’s three key pillars: Marketing, Environment and Education.
Thank you to Anthony for his leadership since the inauguration of the Phuket Hotel Association and
for continuing to serve the Association as Senior Advisor,” Bjorn commented.

Since it was founded in January 2016, the Phuket Hotels Association has grown to represent 72 of the
island’s top internationally-branded and independent luxury and midscale hotels and resorts,
comprising just over 12,000 rooms. Each of these members has made a commitment to the
destination and, through the Phuket Hotels Association, are actively investing in a sustainable future
through long-term environmental and educational initiatives. 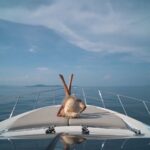 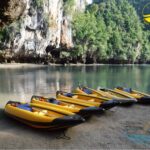 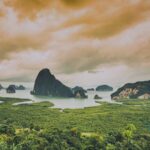