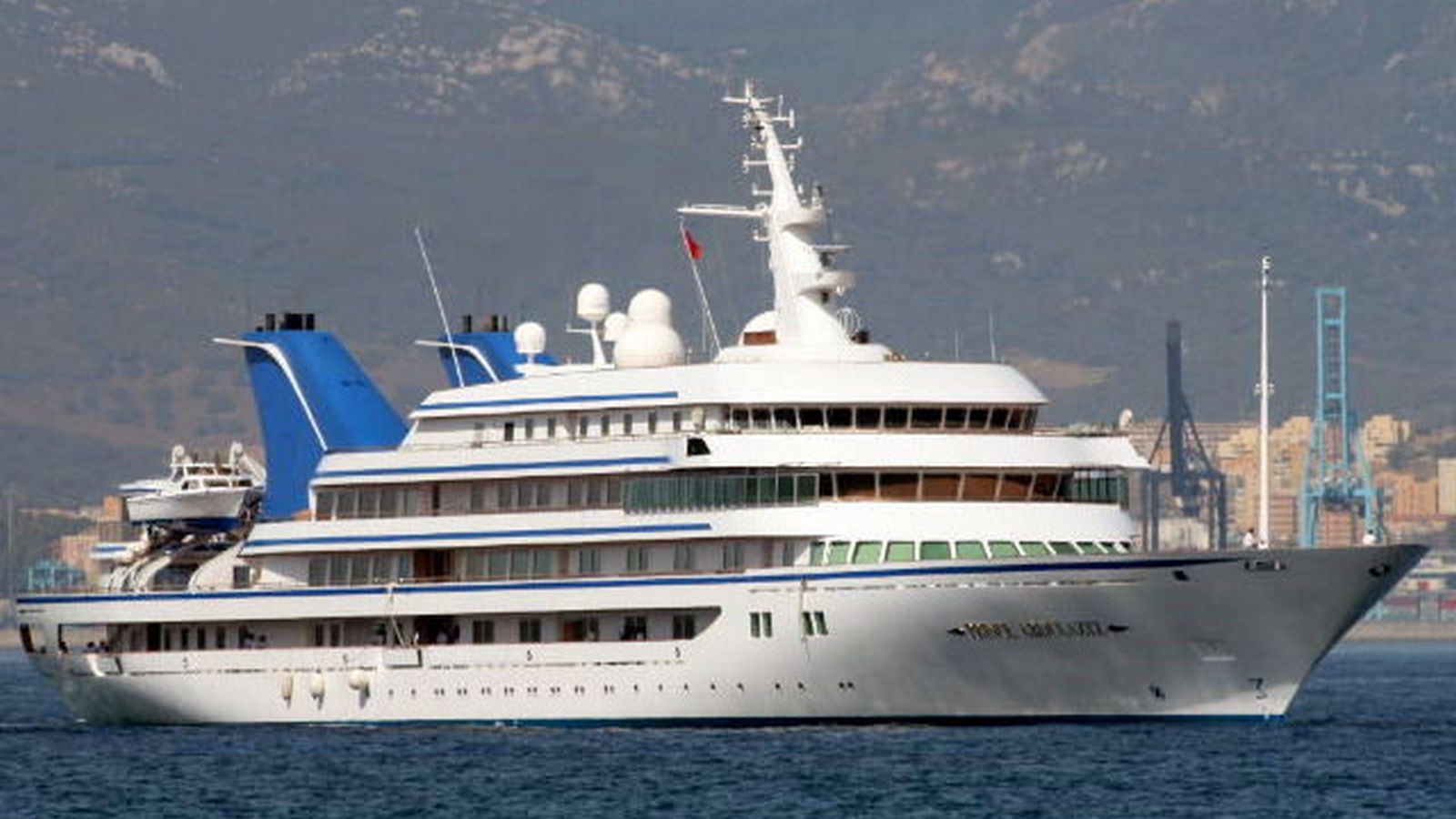 Indeed, Prince Abdulaziz Mega Yacht held the crown the for world’s largest yacht until it was outstripped by Dubai..

As one of the yachts of the Saudi Royal Family, Prince Abdulaziz is used to conduct official business as well as for pleasure. The interior alone took 15 months to complete. Originally built for the late King Fahd of Saudi Arabia who named the yacht after his son, it is now owned by his brother Abddullah.

Prince Abdullaziz was custom built by Helsingor Vaerft; one of Denmark’s largest shipyards dating back to the late 19th Century, until their close in the 1980s due to increased competition from new foreign arrivals.

This mega-yacht also features interior design by the late David Hicks, an English interior decorator and designer whose distinct use of bold colours, lighting and combination of modern and classical features earned him a distinguishable reputation in many countries around the world during his lifetime.