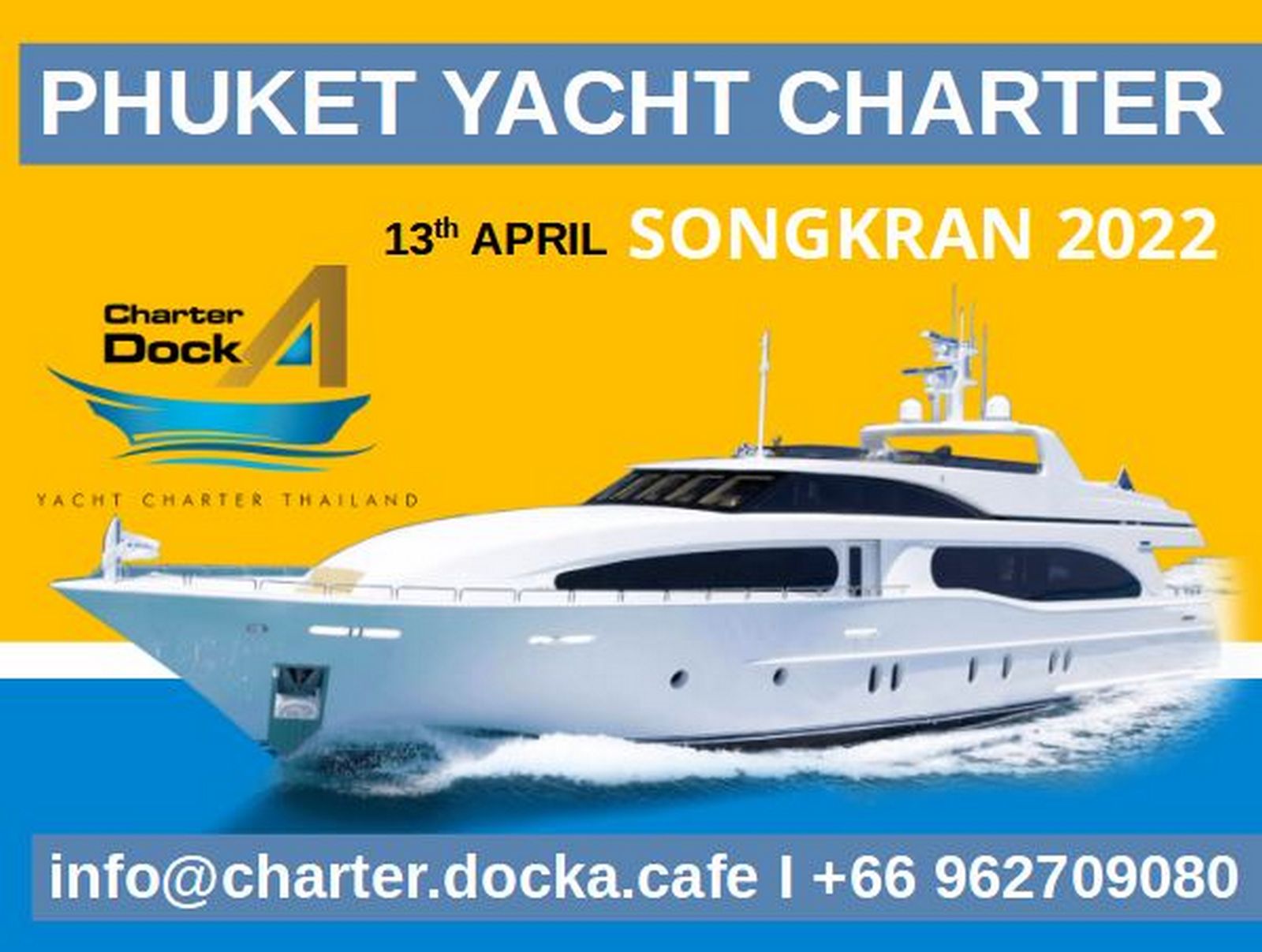 If you do happen to be on your sailing holidays in Thailand over Songkran, then be prepared to get wet, as Songkran is also known as the Thai Water Festival, it is traditionally celebrated by sprinkling water on your family members and elders, as this was believe to bring good fortune by washing away the bad luck of last year, and to pay their respects to images of Buddha. It also provides opportunities for the young to show respect to their elders by pouring fragrant water on their hands and offering prayer for them.
Today the festival over 3 days involves splashing locals and tourists alike with buckets of water, water hoses and super soakers as people gather in the streets to join in the fun. Luckily Thai New Year falls in the hottest time of the year, so it is perfect for getting wet!

Where is it celebrated? Songkran – Water Festival

Chaing Mai is known as holding the biggest and most well known of the Thai Water festival parades, and this involves parading the statues from local temples through the streets in celebration of the New Year. However if you are sailing in Thailand over this time and are chartering from Phuket, there will be celebrations held here, as well as other major places in Thailand, such as Bangkok, Pattaya, Hua Hin and Khon Kaen, so there are plenty of opportunities to get wet!

Who gets involved? Songkran – Water Festival

Everyone! All are invited to take part in the parades and normally this involves people respectfully pouring water over the arms and legs of the Buddha. Normally on the 13th April the streets can be lined with pickup trucks with their beds loaded with ice-cold water and then people splashing passers by who line the roads with water guns to shoot back!
Children love to get involved and tend to spray anyone who comes in their path! Of course the police are the number one target for many revellers, but they keep a stern eye on the goings on to make sure everything is controlled.

On Patong Beach in Phuket, there will be a procession of the Phra Buddha Sihing image around the Beach, as well as a floral parade, a beauty pageant, and you can also expect to see various local exhibits of local crafts and clothing. As well as of course the perfect excuse to have fun, hit the streets and throw tons of water around at anything and everything using buckets and toy water guns!

Songkran is the traditional Thai New Year festival since the former time. It is a celebration that embraces goodwill, love, compassion. and thankfulness, using water as the means of expression.

The word Songkran derives from Sanskrit meaning to move or step forward. The first day of Songkran takes place when the sun moves from Pisces into Aries, which marks the New Year’s Day according to the Brahmin solar system.

The festival of Songkran falls on the 13th, 14th, and 15th of April every year. The first day is known as Maha Songkran or the grand Songkran. The Thai government has declared Songkran festival as extended public holidays to enable the people to return to their hometown for family reunions,
merit-making and reuniting with others in their community.

The 13th of April is also declared the Day of the Senior or Elderly by the government. The occasion marks the appreciation for the senior population for their years of contribution to the family and country.

The 14th of April is designated as Family Day to celebrate family love and togetherness.

The importance of Songkran Festival

Songkran is regarded as one of the most important traditions in Thailand because it encompasses the three major values in the Thai way of life which are:

Value of family: Songkran is the time when family members come together to show appreciation, loveand respect as well as making merit and paying homage to their ancestors.

Value of society: Through active participation and interaction with each other, Songkran brings the people in the community together to enhance goodwill and unity in the society.

Value of religion: Making merit by offering food to monks. going to the temples and attending Buddhist sermons are auspicious activities done during Songkran.

What to do during Songkran Festival

To celebrate Songkran, there are many activities throughout Thailand which vary according to regional tradition. Some of the activities iclude:

Cleaning of houses and public plac as temples, schools, offices to welcome the New Year with cleanliness and fresh start.

Merit making by offering alms to monks in dedication to the late ancestors, going to the temples to listen to Buddhist preaching.

Releasing birds and fish back to their natural habitat is a common practice during Songkran. This act of giving freedom is a form of merit making.

Sprinkling water onto Buddha images and monks is an auspicious act to receive blessings for the New Year.

Building sand pagodas on temple ground. Bringing sand into the temple’s premise is considered a merit because the sand can be used or reused for construction or restoration of the temple.

Pouring water onto the elderly members of thefamily and/or the society to show respect and gratefulness and to askfor their blessing.

Folk performances and traditional games are organised for enjoyment as well as to preserve the Songkran tradition.

Throwing water at each otherin a friendly manner by using clean or scented water, exchanging New Year’s greetings during water play, and in case of doubt, ask permission before throwing water at someone because he or she may not wish to get wet.

What NOT to do during Songkran

As water throwing has become popular during Songkran, it is recommended that the following practice is avoided:

The use of dirty water, ice, mixture of dangerous items such as paint, dye and plant seeds, etc. may cause injuries to other people’s eyes or other parts of their body.

Throwing water at people who are riding on moving vehicles such as motorcycles, cars etc.
may cause serious accidents.• Using modified gadgets like PVC pump tube which produces high water pressure could cause serious injuries to others. Lewd acts such as applying powder paste on others’ face, especially females, inappropriate physical contacts and touching are unacceptable.

Too much alcohol consumption, especially in public places could cause annoyance and unrests. Moderate drinking with friends and families in one’s own privacy is preferred.

Driving after drinking can cause fatal road accidents every year.