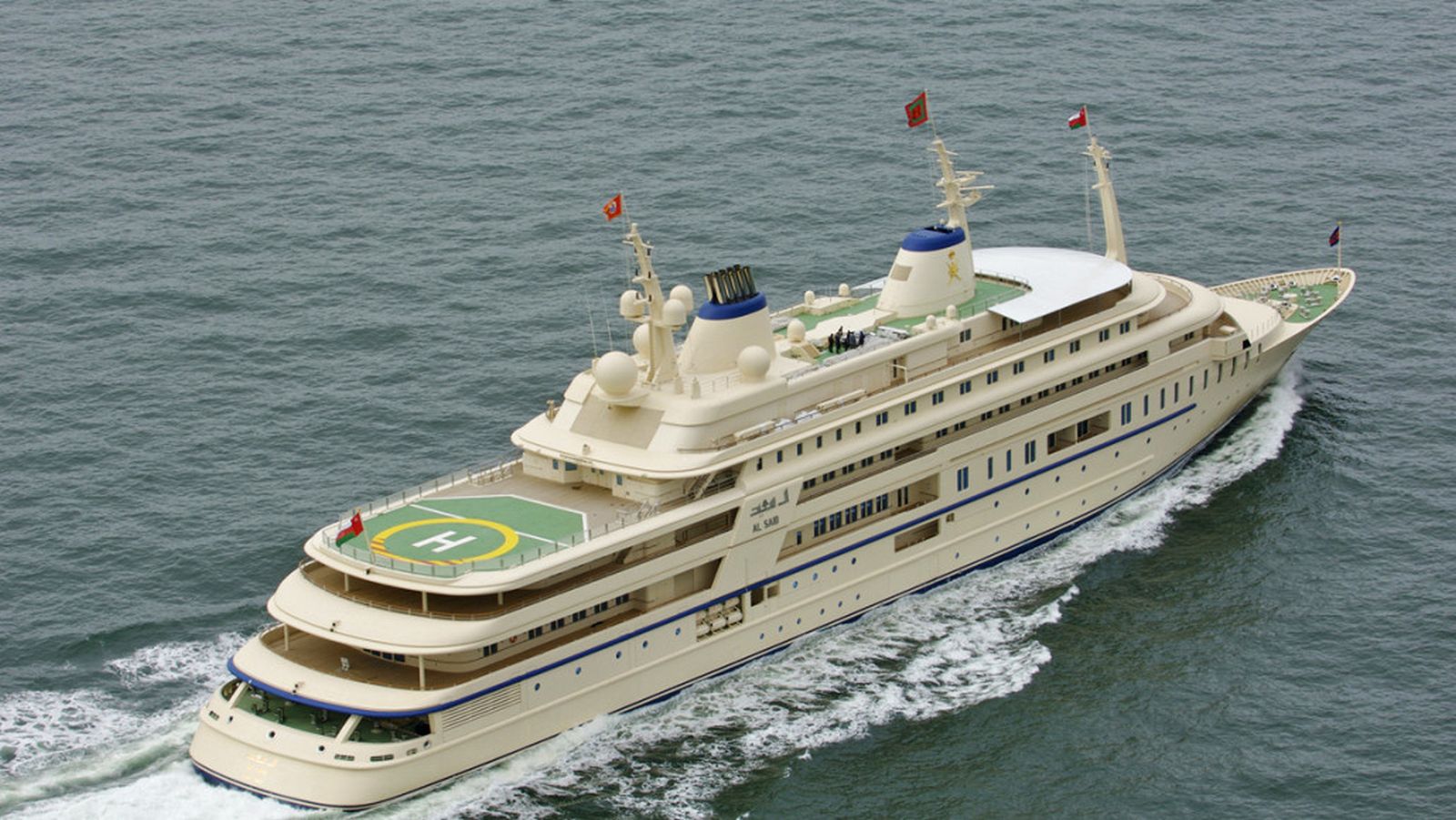 Al Said Superyacht is a 155m (508 foot) motor yacht which was custom built in 2008 by Lurssen Yachts in Bremen. This magnificent yacht features exterior styling by Espen Oeino, with interior design by Redman Whitely Dixon.

Like most royal superyachts, little is known about the Al Said Superyacht, a giant mega yacht formerly codenamed “Project Sunflower”. She was delivered to the Sultan of Oman in 2008 as a replacement for a smaller mega yacht of the same name.

According to reports, Al Said is said to accommodate as many as 70 guests and 154 professional crew, as well as featuring a concert room capable of accommodating a 50 piece orchestra. She is also capable of carrying up to 154 crew onboard to ensure a relaxed luxury yacht experience.